How the Golden Knights are Making Las Vegas a Better Place

Las Vegas is a city best known for its glitz and glamour in the entertainment sector but not in sports. So when the Vegas Golden Knights were unanimously voted to be part of the 2017-18 hockey season, most people were a bit skeptical. Poor performance during its inaugural season made fans lose faith in the team even more. Despite a rocky start, the Golden Knights rewrote the script on the road to finals, and today, are among the top three teams in the NHL and the pride of Las Vegas. The team’s continued success has been a significant boost to an already lavish Las Vegas in many ways as shown below

Created a Sense of Community

Whenever Las Vegas is mentioned, people often think of gambling and an out of this world party scene. But since the Golden Knights took the world of hockey by storm, the city has more to it than a lavish life.

In other words, Las Vegans now have good reason to get excited and fill in the T-Mobile arena every hockey season. They now have a professional team to root for, and something common to talk about when in public spaces.

A reason to wear black and gold, and sit in bars and restaurants and talk shit about other teams because the Golden Knights are simply the best. People from all over Nevada show up in hordes at the T-Mobile arena every time there’s a game. In a nutshell, the Golden Knights are the new pride of Vegas and Las Vegans are not shy to show it.

The Golden Knights rewrote history and brought Las Vegas to the limelight once more, by being the first expansion team to make it to the playoffs in its first season since 1979. They also went ahead to bag the Stanley cup as well as join the list of league leaders in season ticket sales. As a result, now hockey fans from all over the country have a legit reason to come down to the desert city. This has, in turn, caused a surge in the number of tourists making their way to Las Vegas every hockey season. 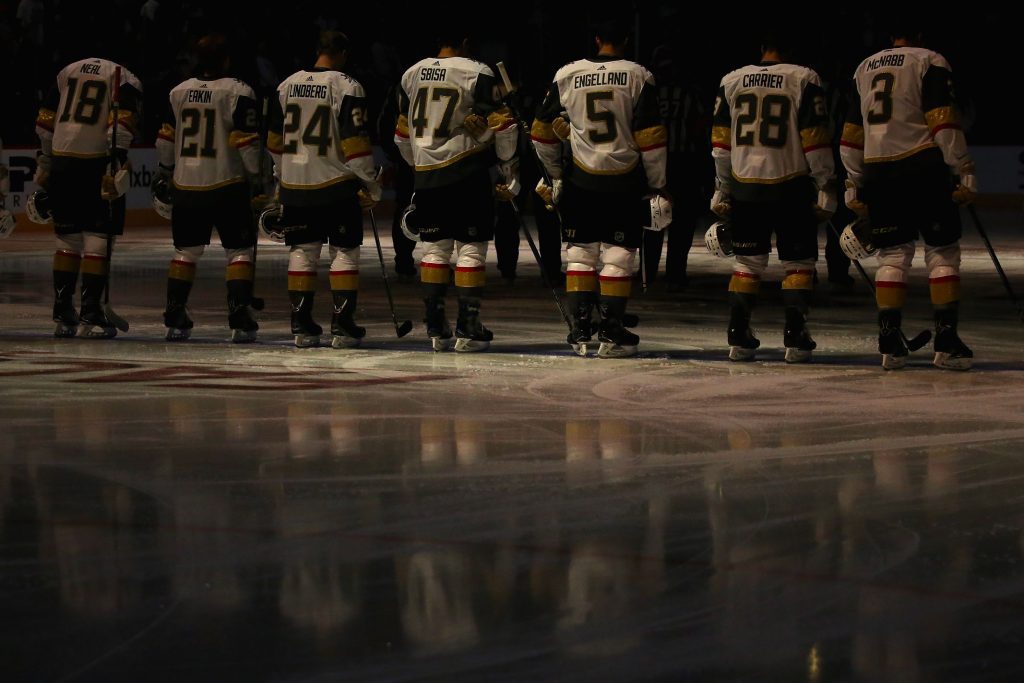 The success of the Golden Knights has been a significant employment boost to Vegas and the surrounding areas. Hockey schools and camps are cropping up all over the city, and investors from all over the country are slowly yet steadily setting camp here to cash in on the increased tourism activities. According to the Bureau of Labor Statistics, there have been 50,000 more job opportunities since the Golden Knights were announced a franchise in 2016.

The increase in employment and investment opportunities has seen an influx in the number of people relocating to Vegas every day. As of now, there are over 2.25 million people in Clark County alone, and the number is set to increase even more as the Knights continue to bring more attention to Vegas. As a result, the demand for modern and luxury housing is at its all-time high making Vegas real estate’s arena an ideal investment choice. The demand for commercial properties is also on the rise as more investors continue to set up their businesses here.

To put it simply, the success of the Golden Knights put Las Vegas and Nevada’s overall economy on an upswing. The team’s ticket sales alone brought in an additional $65.1 million in revenue. This is set to increase even more in the near future, making Las Vegas the ideal go-to city for business-minded people across the country.